The holidays are upon us!

Musicians are particularly busy during the holidays as holiday events are held throughout different countries and cities during the months of November through December and most events will require some form of entertainment. Live music becomes a go-to of sorts during the holidays as live music pretty much goes hand-in-hand with other forms of entertainment. Really though, there’s nothing like awesome live music to help make an event go from subpar to spectacular.

What people don’t realize though is that musicians don’t really play holiday music throughout the year. I mean, of course they wouldn’t be but it doesn’t hurt to clarify. For further clarification, we do not play holiday music at all throughout the year because there’s really no sense in memorizing songs that you will play only probably once in December. I could totally be wrong about this but in my twenty-something years of gigging, this has been the case, all around.

So, because of this, I’d like to help out my fellow guitarists, especially beginners, in trying their hand at some holiday songs to hopefully be ready for a holiday gig or if they’re asked to perform. I chose these three based on ease of play, chord/notes familiarity and song popularity. Basically, these songs are known and easy to pick and strum. 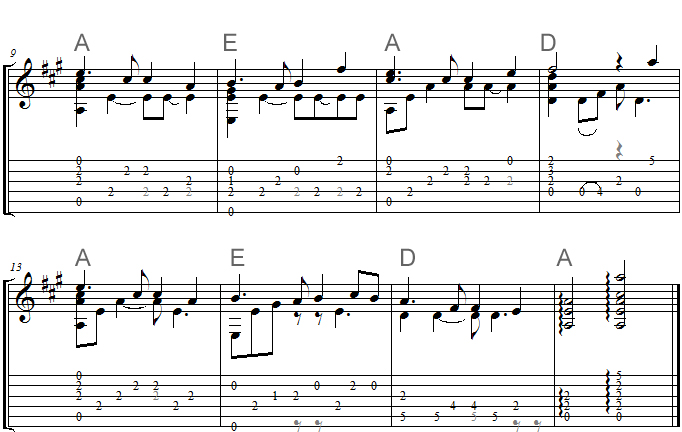 And there it is. Nice and simple. Nothing too fancy, nothing too difficult. In times around the holidays, you’d want things to be a bit simpler as the madness of the holidays as it is, is enough for anyone, really.

What other simple songs would be great for picking/strumming during the holidays? Comment below!

Effects Pedals Every Guitar Player Needs In their Life Guitar

Why Does It Take So Long to Learn How to Play the Guitar? Guitar

How to Stop Guitar Squeaks and Improve Your Sound Guitar